Our Journey Goes On 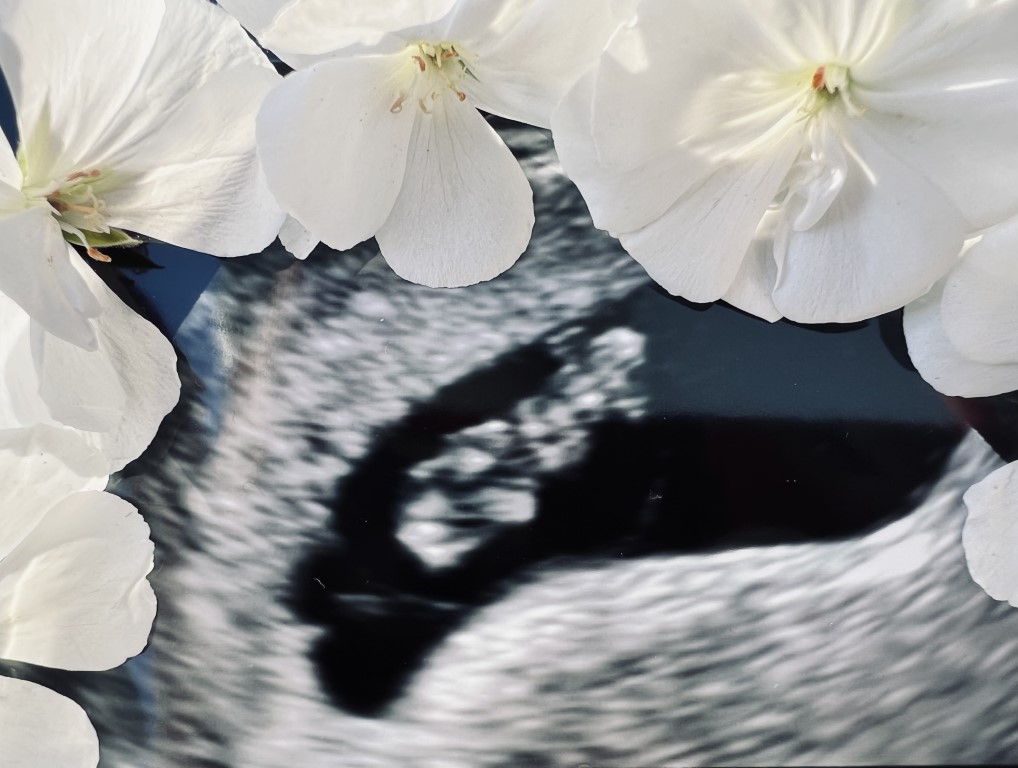 New Year’s Eve, 2021. The Covid omicron variant was spreading rapidly, and new restrictions were implemented at the end of December. I was happy to stay home with my partner; the overpriced New Year’s Eve events weren’t enticing to me, even before the pandemic.

But this year, I was feeling particularly emotional and vulnerable. My elderly grandmother was sick, my parents were very anxious caring for her, and I was losing hope. Would the pandemic ever end?

“It’s going to be the worst year ever!” I grumbled to my partner.

“You’re being dramatic,” he replied.

Turns out, 2022 would be tougher than I could have imagined.

The next morning, I took a pregnancy test, a couple of days before my expected period. This was our fifth month actively trying to conceive, and I expected another negative result, especially since I was testing early. I looked closer at the testing strip and there it was: a faint pink second line. No way! Immediately, I took a digital test, which confirmed the result: I was pregnant!

We were thrilled! But at the same time, apprehensive. I knew that early pregnancy losses were common: 1 in 4 recognized pregnancies end in loss. I considered not sharing the news until we were in the second trimester. The cultural stigma says: don’t share good news until you’re (fairly) sure you won’t have to share bad news later.

But I also knew that keeping the pregnancy private would contribute to the stigma associated with pregnancy loss. What if miscarriage announcements were as common as pregnancy announcements? In a grief averse culture, the narrative is to move on, and to do it quickly, especially for the taboo experience of miscarriage.

Typical responses further contribute to the shame around early pregnancy loss, such as empty platitudes: It wasn’t the right time. Everything happens for a reason. You can try again! Or grief hierarchies: At least it was early. Or compliments: You’re so strong. Or unhelpful advice: Just relax and it’ll happen. Or minimization: You shouldn’t be so sad, it was only a group of cells.

I can understand why many people prefer to keep this vulnerable experience private. But, opening up the conversation surrounding pregnancy loss is essential to normalize this all-too-common experience, and by doing so, reduce feelings of guilt, self-blame, and shame. Grieving pregnancy loss in isolation, regardless of gestational age, should no longer be the cultural norm.

Within days of my positive pregnancy test, the nausea and fatigue rapidly escalated. This means the pregnancy is viable, I assured myself. Then, when I was 5 weeks pregnant, my grandmother died. Her death, my family’s collective grief, plus the hormones and nausea … so far, 2022 was hell. I was a shell of myself.

I work in a large urban hospital, and it didn’t take long for my colleagues to notice my pale complexion and the suspicious combination of ginger ale and saltines. The sights and smells in the hospital were unbearable, and all day, I was on the verge of vomiting. I burst into tears when they asked if I was pregnant. Yes, I wanted to bring a baby home, but simple daily tasks felt Herculean, and I was only 6 weeks pregnant at the time. We shared the pregnancy news with immediate family members at 7 weeks, and they were thrilled by the glimmer of hope, a tiny human growing, in the midst of loss and grieving for our beloved grandmother.

After seeing a strong heartbeat and normal development at the 8 week ultrasound, we were ecstatic. Our odds of success had improved significantly! I allowed myself to imagine how life would change with this baby. I spent countless hours learning about rocking chairs, strollers, car seats, bassinets, sound machines, baby monitors, diapers, and change tables. We were ready for this new stage in our life, for the joys and the challenges of parenthood.

By 10 weeks, the nausea started to ease, and my energy started to return. I was grateful. Then came the crushing news. Our non-invasive prenatal screen (NIPS) at 12 weeks was positive for trisomy 21. The screen also identified that our baby was a girl. We were absolutely devastated.

The next step was booking an urgent appointment for chorionic villus sampling, a diagnostic test. However, the requisition was lost in the Stone Age fax system, and I spent hours on the phone, back and forth between the midwife and the maternal fetal medicine clinic, desperately trying to book the last appointment available that week. I was in limbo. It was absolute torture waiting for more bad news – a potential delay until 15 weeks gestation for amniocentesis. Finally, the appointment for chorionic villus sampling was confirmed for the same day as the nuchal ultrasound.

I was holding onto the possibility that the NIPS was wrong, although I knew that was statistically unlikely. We were preparing to make a choice that no parent should ever have to make.

I looked around the ultrasound waiting room. One woman was pacing back and forth; was she anxiously awaiting a confirmation of bad news, too? Or maybe she was trying to distract herself from her nearly exploding bladder. There was a couple at the front desk, taking a printed image of their baby’s ultrasound. It’s not fair, why couldn’t that be us?

Then they called my name. It was time. I walked into that room trembling with anxiety, wanting certainty but also wanting to flee what might await me. Did I want to see our baby if we decided to terminate?

I looked away, avoiding the image on the screen. Then I thought, A few seconds? Look at her for just a few seconds. I turned my gaze and expected to see a recognizable baby-like shape, but she was the same tiny gummy bear we had seen on the last ultrasound, except this time, the image was still. The tech said she wasn’t seeing what she expected, and the doctor confirmed what I already knew. There was no heartbeat. No growth for weeks. My body had kept hanging on to her, hoping for a different outcome. I was relieved that we did not have to wait for diagnostic testing results, but heartbroken at the same time.

It was over. She had made the decision for us.

To the parents who are faced with a grey diagnosis: I want to reassure you that your reasons for ending a very much wanted pregnancy are valid. We live in a time and place where medical technology gives us more data than ever about our babies, but very little emotional guidance. I will always understand and empathize with expectant parents who must navigate such agonizing situations.

I had to wait a few days for a dilation and curettage (D&C) procedure. I was terrified I’d miscarry at home and have to collect the remains for testing. I was disgusted at my body for failing us. For failing her. I was angry. Disappointed. I wanted this dead baby out of my body, urgently.

I arrived at the abortion clinic, when I should have been 13 weeks pregnant. The staff at the clinic were compassionate; they knew this was a very much wanted pregnancy. The social worker explained the options for testing and remains. She provided information about a memorial service for losses under 20 weeks, and handed me pamphlets about mental health support.

However, while already feeling totally vulnerable in mind and body, there was more to endure. I wasn’t given an adequate medication dosage for the D&C. So I was very alert, and the physical pain was excruciating. I tried to breathe deeply and stay still, and the doctor rushed to finish the procedure. Finally it’s over… or so I thought.

In the recovery area, I experienced intense cramping. I knew there would be some discomfort post op, but this didn’t seem normal. When the pain didn’t subside for hours, an ultrasound confirmed retained tissue. I had to go back for a second round D&C. Even the termination couldn’t happen as planned! It figures, I thought.

Despite all of these trials, I am one of the fortunate women who was supported through my miscarriage. I am grateful to have an outpouring of love and support from my partner Neal, family, friends, colleagues, and the Pregnancy and Infant Loss Support Centre. I am grateful that my employer allowed me to take time off work to heal physically and emotionally.

A few months later, I was pregnant again. We were excited, but cautiously optimistic. Two consecutive losses would be unlikely, I told myself. Unfortunately, we ended up having a very early miscarriage. I coped with the second loss by pretending it didn’t happen. In the following weeks, I was overcome by dread and anxiety. Maybe our losses weren’t just bad luck. Although I could get pregnant fairly easily, I couldn’t bring a baby home; fertile yet infertile. Would this ever happen for us?

As much as I want to be pregnant, I remain terrified to see those two pink lines again. Positive tests have only been followed by heartbreak. The inconvenient truth is this: no pregnancy guarantees a healthy living baby. But, we will choose courage over discouragement, and hope over fear. Our journey goes on.

The Pregnancy & Infant Loss Support Centre is a non-profit registered charity that helps families connect to support on their path to healing after pregnancy or infant loss.  Families like yours can work with us and get support with a variety of services that hold space for your unique story. No matter at what stage of your parenthood journey you find yourself, your story will be heard here.

If you are ready to share your story, or you need help with your journey, get in touch with us.

We are dedicated to supporting individuals of all faiths, ethnicities, sexual orientations, and gender identities. In the spirit of reconciliation, we acknowledge that we live, work and play on the traditional territories of the Blackfoot Confederacy (Siksika, Kainai, Piikani), the Tsuut’ina, the Îyâxe Nakoda Nations, the Métis Nation (Region 3), and all people who make their homes in the Treaty 7 region of Southern Alberta.

In order to book with Erin, please connect directly with our Program Assistant, Shelagh via email at shelagh@pilsc.org

NOTE: Refrain from providing detailed personal information when emailing Shelagh. Feel free to describe your challenges in brief, and leave out personal details that you only wish to share with Erin. 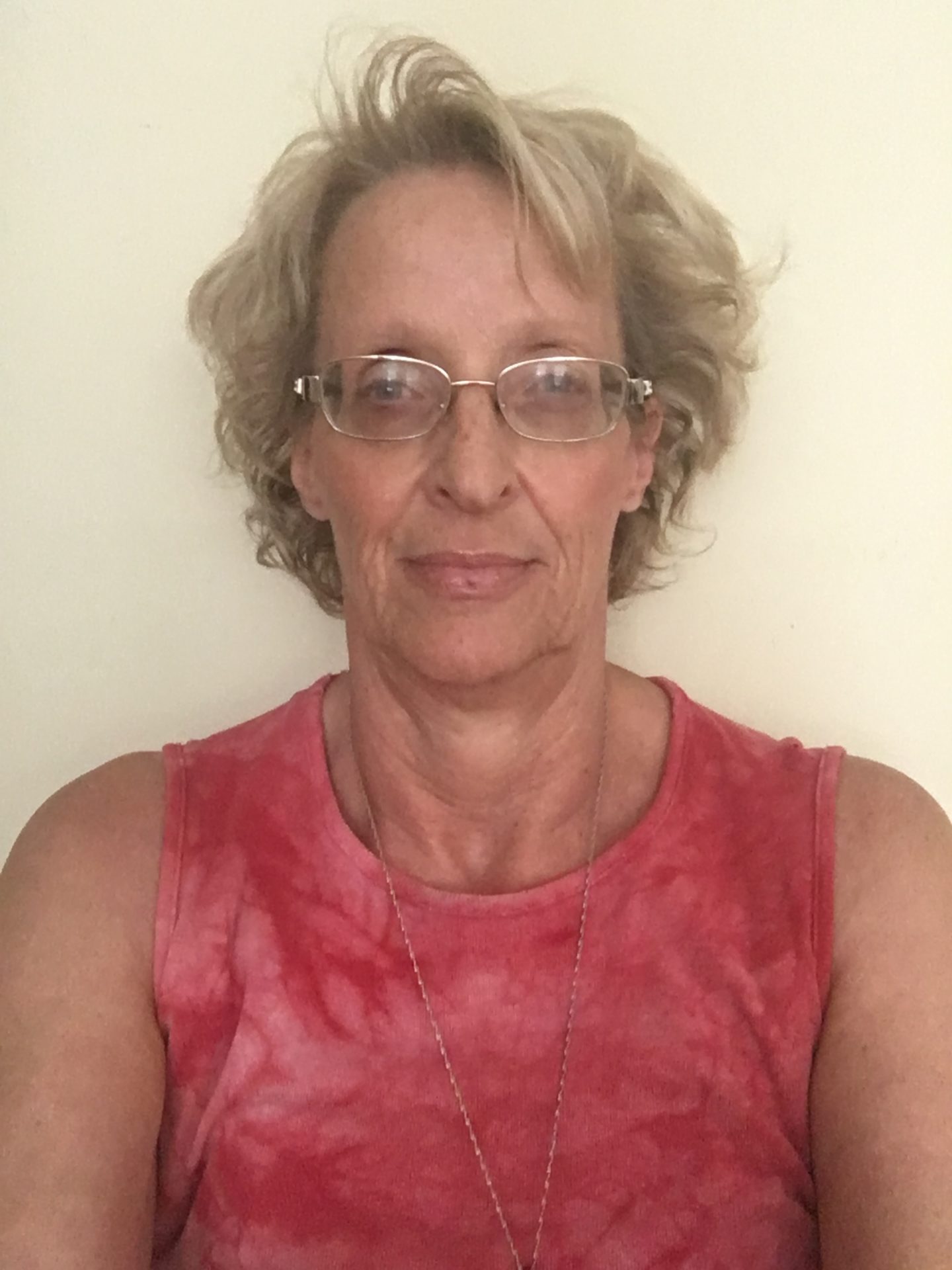 Shelagh (she/her) brings with her a solid background as an admin in a variety of areas from business, academia and now with a charitable organization with the Pregnancy & Infant Loss Support Center. She feels passionate about working in a role that benefits others in the community.

Shelagh was exposed to bereavement and deep grief at an early age and it left her with a profound sense of how fragile life is and how we need to find joy and light wherever we can. She feels privileged to be able to take this sense with her into her role with PILSC while putting her strong admin skills to good use.